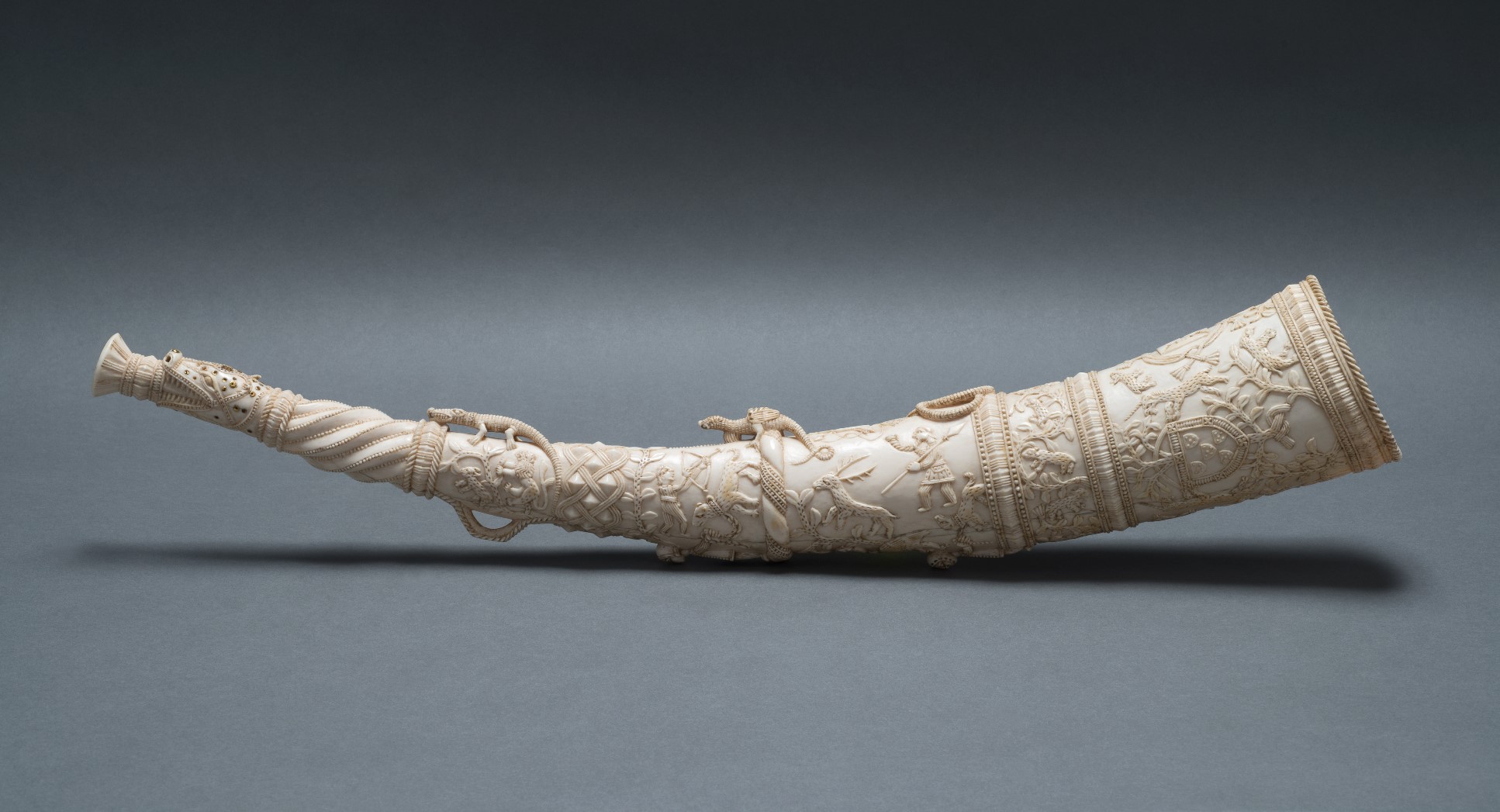 With the patronage of the Italian Ministry of Foreign Affairs and International Cooperation – the exhibition is one of the initiatives in the Italia Culture Africa programme organised by the Ministry for 2019 –, of the Ministry for Cultural Heritage and Activities, the Emilia-Romagna Regional Government, Bologna Municipality and the Archdiocese of Bologna.

THE MOST EXTENSIVE EXHIBITION OF AFRICAN ART NEVER REALIZED IN EUROPE

“Ex Africa semper aliquid novi”, wrote Pliny the Elder in his Naturalis Historia, and this is the start for our exhibition that shows us how African and European affairs have intermingled EVER since ancient times. This will be done through ‘stories’ of art, identity, journeys and encounters, beginning with travellers’ tales and the first contacts between Europeans and Africans.

The exhibition is divided into a number of sections: from formal quality expressed by large and small works to ancient objects from famous African kingdoms, together with masks and figures representing rituals and power.

The new frontiers of research into African art are also presented: the existence since ancient times of its manifestations and some ‘master hands’, and a section that investigates the different aesthetics of voodoo, syncretic, persistent art steeped in sacredness, with works shown for the first time in Italy.

The exhibition is curated by Ezio Bassani (†) and Gigi Pezzoli, with contributions from Italian and foreign scholars, and is a memorial to Bassani, who passed away suddenly while working on the project and to whom Italy is indebted for the dissemination and knowledge of African art.

It is not an ethnographic exhibition, but a grand exposition that goes beyond the general/specialist dichotomy, aiming to tell stories of art, identity, power, sacredness, encounters and communication.

Ex Africa has been made possible thanks to the cooperation of some of the most important international museums and collections.

Herodotus wrote, “in Africa they are all sorcerers”, and in his Philosophy of History (1830-1831) Hegel drew a picture of the continent that would have negatively and indelibly impressed Europeans for years to come.

According to Hegel: “What we properly understand by Africa, is the unhistorical, undeveloped spirit, still involved in the conditions of mere nature, and which had to be presented here only as on the threshold of the World’s history”. Africa, therefore, as a continent outside the history of the spirit, inhabited by primitive peoples who practiced magic, were steeped in superstition and given to taking part in gory rituals. Actually, texts produced from the fifteenth century on by travellers, merchants, explorers and missionaries point to an affinity between Europeans and Africans.

Clearly, contrary to what the term ‘tradition’ has often sought to imply, institutions have never been immobile, and have always been sensitive to history, changes and encounters, as well as being curious, open-minded and willing to welcome forces and powers from elsewhere.

The intention of Ex Africa, therefore, is to present the value of African art by reconstructing the historic and cultural context from which it originates, touching the legacy and influence of primitive art and so-called Art Nègre on early twentieth century European painting and its effect on contemporary African art.

A unique, unrepeatable exhibition providing a story that must be known to be recognised.
Due to the exceptional nature of the loans, the exhibition will take place only in Bologna and is not authorised to be moved elsewhere.
The UN considered the project to be consistent with the objectives of the 2030 agenda for sustainable development.