Palazzo Boncompagni, Bologna
from 25 February to 16 May 2022 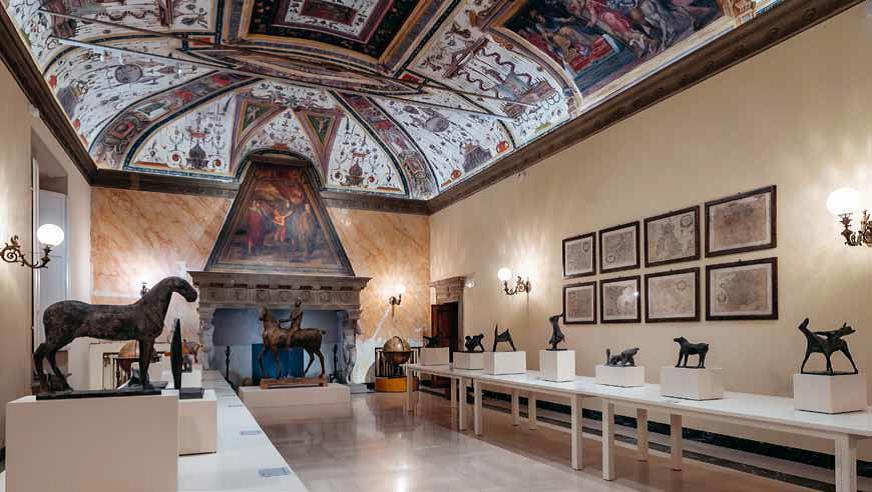 Palazzo Boncompagni, Bologna
from 25 February to 16 May 2022

After the success of the anthological exhibition at the GAM in Nervi, Genoa, Palazzo Boncompagni offers the city a significant selection of 24 works by the great artist Marino Marini, more than ten years after the exhibition at the Civic Archaeological Museum. If then the comparison was proposed with ancient, Egyptian, Etruscan and Roman art, now his works dialogue with the mature Renaissance, of which Palazzo Boncompagni is an extraordinary example.

On display are 24 works – 23 owned by the Foundation and a plaster sculpture from Toninelli’s private collection – created between 1939 and 1963 and dedicated to one of the artist’s dearest themes, that of knights and horses, which made famous throughout the world, such as the superb The Angel of the City which, overlooking the Grand Canal, welcomes visitors to the Peggy Guggenheim Museum in Venice.

Together with the 18 sculptures, 6 large pictorial works are also exhibited, testifying to the quality of Marino Marini’s brush.

“To conceive a form is to notice color – color vision – animosity of life – animosity of form. I looked in color for the beginning of every idea that had to become something. To paint is to place oneself in the poetry of the fact, and in making the fact becomes true”.

The equestrian group is Marini’s best-known subject: a real symbol, a very original language adopted to read reality and tell the human condition through figures that, over time, become less and less defined and increasingly metaphorical. The exhibition is accompanied by a catalog with photographs of the works taken in the environment, texts and a set of period images from shots generously provided by Aurelio Amendola, a great photographer of artists and a friend and fellow citizen of Marino Marini.